In Ancient Greek mythology, the story of Narcissus tells the tale of a man who was promised a wonderfully long and healthy life 一 as long as he never looked upon his own reflection. Gifted with extraordinarily good looks, Narcissus had many admirers whom he rejected repeatedly as he considered them unsuitable, or not worthy of his own affection. One of them, named Echo, was so heartbroken that she wasted away 一 so as punishment, the goddess Nemesis cursed him to fall in love with his own reflection until he, too, withered and died. The story explores themes of self-adoration and warns of the dangers of self-obsession一and it’s also what inspired the term “narcissist”.

In psychology, narcissism is defined as excessive self-love or egocentrism. While having self-love is essential for our mental health and self-esteem, self-obsession ー or having an overly inflated sense of self ー can be quite harmful. Extreme narcissism can lead to Narcissistic Personality Disorder: a mental health issue encapsulating grandiosity, a need for admiration, and a lack of empathy. But where does this inflated self-image come from? Read on to learn about the psychology behind narcissism and Narcissistic Personality Disorder, find out whether narcissists can change, and how to handle it if there’s one in your life.

According to the American Psychological Association, narcissism is defined as excessive self-love and egocentrism. Narcissism is a delusional sense of self-worth, wherein one’s idea of their grandiosity is much higher than that of an average person, and there is a lack of ability to recognize another person's point of view. Narcissists usually lack empathy and find it difficult to understand how another person might feel. For this reason, narcissists are often unaware of how their actions can affect others, and it can result in considerable damage to social relationships.

A narcissist’s admiration and appreciation of themselves is much higher than it is for other people. Narcissists have such an elevated view of their own ego that when choosing a romantic partner ー whether for a relationship or simply to satisfy their libido ー they tend to choose a partner who is as similar to themselves as possible. They also tend to have a sense of entitlement, believing that they are better than others and therefore deserve more. They may fantasize about unlimited power and success, believing that they are exceptionally worthy of it because they are special and unique.

What Is Narcissistic Personality Disorder?

When narcissism occurs to an extreme, this can lead to the development of Narcissistic Personality Disorder (also known as NPD), wherein one’s excessive self-love and egocentrism is so prevalent and persistent that it can affect everyday functioning. The American Psychological Association classifies NPD as a personality disorder, characterized by a pattern of a need for admiration. It is when one’s narcissism has become embedded into their personality and values, becoming so intrinsic that it’s very difficult for the person in question to let go of these qualities. The major difference between narcissism and NPD is that NPD can cause the individual to develop other considerably serious issues, such as emotional distress, or difficulty building and maintaining healthy interpersonal relationships.

The Two Types of Narcissism

Despite the dramatic nature of the Ancient Greek myth after which the condition is named, not all narcissists are quite as theatrical: it isn’t always as clear as the caricature of someone who can’t walk past a mirror without pausing to admire their own reflection. Narcissism comes in different forms and types, and not all of them are people who appear to be overly confident about themselves: people who are more reserved and introverted can also display narcissistic qualities. Displays of narcissism are often grouped into one of these two categories:

This form of narcissism is characterized by extroversion, dominance, and attention-seeking. Grandiose narcissists tend to pursue attention and power over others, and usually seek power for status. Using the big five theory of personality, grandiose narcissists are people who have low agreeableness, high extraversion, and low neuroticism. Individuals who display grandiose narcissism usually internalize thoughts such as “I am better” and “I deserve more than others.”

In extreme cases, grandiose narcissists often believe they deserve to have whatever they desire without necessarily having to earn it, or face any other consequences around claiming it. They tend to show characteristics of impulsiveness, aggressiveness, arrogance, exploitative behavior, and entitlement, in addition to an exaggerated level of confidence in themselves. However, this can come at a cost: this can damage social relationships, and most grandiose narcissists are unaware of or unconcerned with how their behavior affects the people around them.

This form of narcissism may not be what a stereotypical narcissist would appear to be一instead, they can be quiet and reserved. People with vulnerable narcissism tend to possess a strong sense of entitlement, and are easily threatened and hypersensitive. Within the traits of the big five theory of personality, they have low agreeableness, low extraversion, and high neuroticism. Vulnerable narcissists also often display instability with their identity. They can become hypersensitive when interacting with individuals they perceive to be better than them, suppressing their insecurities by using narcissism to protect their ego. This inflated ego is used to mask how deep down, they do not feel good about themselves and have a fear of being seen for who they truly are. Common characteristics of vulnerable narcissists include unstable emotions, a fragile ego, insecurity, entitlement, inferiority, and defensive enviousness.

It is believed that narcissism can be influenced or brought on by both genetic and environmental factors. Commonly-attributed causes include genetic factors, brain structures, the culture one was raised in (people raised in individualistic cultures are more likely to become narcissists), and learned behavior (quite often learned from parental figures), and parenting styles: over-praised children tend to develop a warped perspective and inflated ego, while over-criticized children tend to develop insecurities that could lead to vulnerable narcissism. 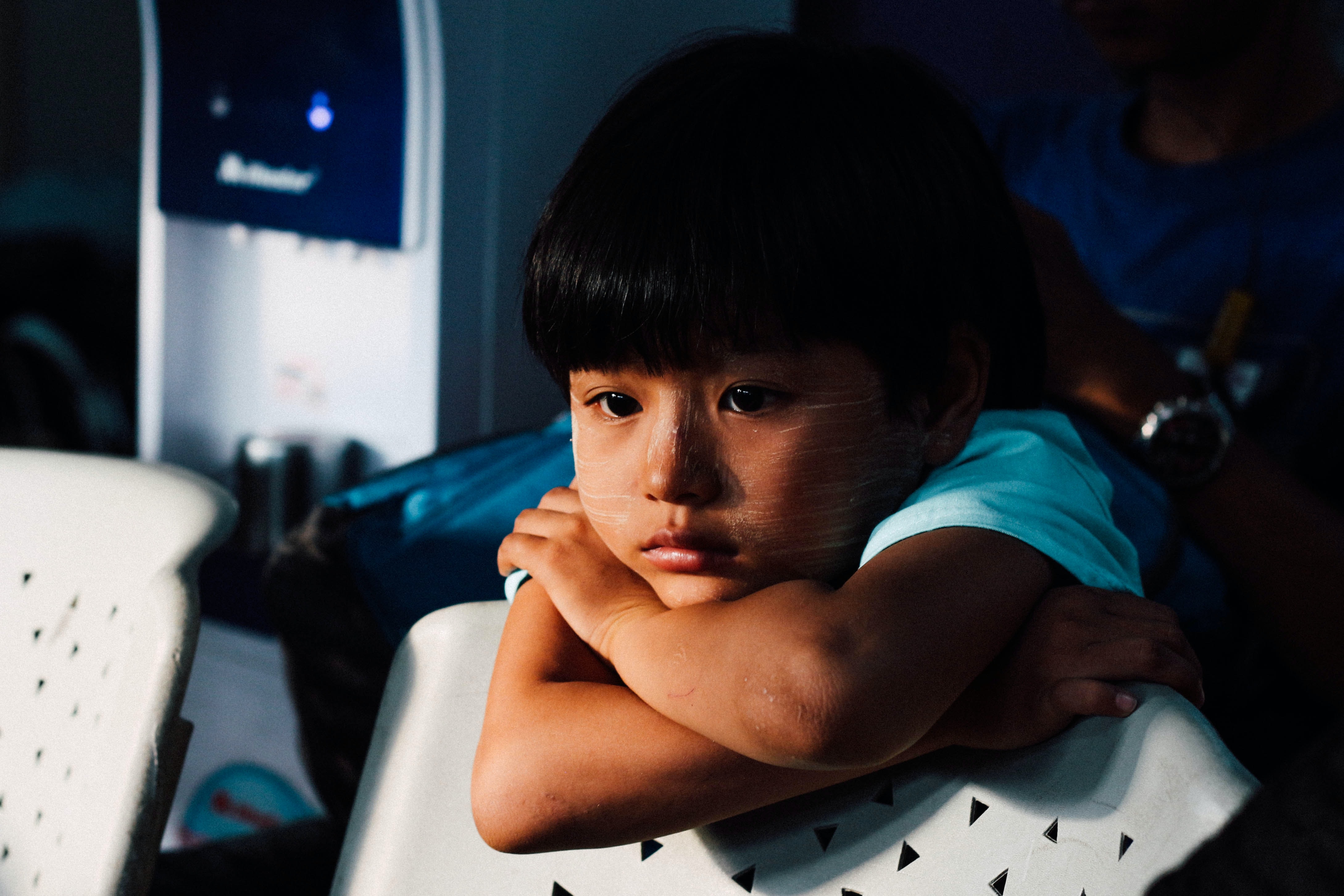 The most classic signs of a narcissist are a strong sense of entitlement and a high level of attention-seeking. Yet there is no singular list of traits a narcissist may exhibit. Narcissism isn’t the same as NPD, either一a narcissistic person might not have NPD, but people with NPD are generally narcissistic. It exists on a spectrum, and almost everyone has some degree of narcissism一and that isn’t necessarily a bad thing.

In our busy modern and fast-paced world, the occasional narcissistic traits we may all display from time to time can help: Take, for instance, having the confidence to proudly speak about your own top achievements in a job interview, and believe that you are absolutely worthy of landing the role, even if it’s a position that might have been slightly above your reach if you went by a humble assessment of the title alone. In certain circumstances ー such as performing on stage or in the entertainment industry, or having little to no shame in being your true self even if that’s quite different from the rest of your community ー having higher narcissistic tendencies can be a boon. In fact, one study found that people with narcissistic traits tend to be happier, tougher, and less stressed 一 to a reasonable degree, of course. When taken to an extreme, and when narcissism develops into NPD, it can be extremely harmful. The Diagnostic and Statistical Manual of Mental Disorders (DSM) lists several symptoms that people with NPD may present.

Can a Narcissist Change?

Since it’s a part of one’s personality, it’s difficult for a narcissist to change. However, that doesn’t mean it’s impossible: there are several different approaches ー a lot of which are talk-based therapies ー that can be used to make narcissistic qualities more manageable. Yet their effectiveness depends largely on how committed the person is to change. The first step is for them to identify the issue, then become motivated to address it.

Although narcissists and people with NPD are usually unaware of these characteristics of theirs, they do tend to become more aware of it as they grow older. Below is a list of common treatment options for narcissism and NPD.