Eighty percent of people with depression relapse. With all of the medicines, psychotherapies, vitamins, alternative therapies, and things you’ve heard about yoga, exercise, and light therapy ー despite everything we’ve thrown at it ー 80% of people who get depressed get depressed again.

If we were a business that made flashlights, and 80% of them failed to light up, we wouldn’t be in business very long, would we?

Yet in spite of this lack of success, psychology as a science has kept its focus on the 80% that relapsed. We are a science of what’s wrong, focusing on alleviating pain and suffering ー and there’s nothing wrong with that ー but until recently, we weren’t looking at the 20% who weren’t relapsing.

We have learned that relapse rates are more important than treatment success rates. Just because a treatment for depression or anxiety worked doesn’t mean it will continue to help after the treatment is complete. For the most part, the field of psychology has been first and foremost focused on reducing symptoms ー not healing the causes ー and preventing relapse once symptoms have been treated. The major meta-analysis studies agree that to do this, we need better treatment interventions that lessen relapse. To create more effective treatment interventions, we require different ways of thinking about the problem. Yet we’ve been studying the flashlights that don’t light up, rather than those that keep on shining.

Breaking Out Of The Cycle

As a psychologist, I became interested in depression because circumstances in my life caused me to become depressed and to feel hopeless, with no sense of control of my future.  I am not typically a depressed person. I am usually upbeat, have good energy, and take setbacks in stride一so this depression threw me for a loop with my somber mood, low energy, and the loss of my enthusiasm.

Work was the hardest part. There’s nothing worse than a depressed psychologist. I continued my clinical work, but it was difficult to listen to people talking about their depression when I could barely manage my own. “You think that’s bad? Let me tell you what happened to me....” I’d sometimes catch myself thinking. Of course, I never said that—but I felt it. I was in my own therapy and supervision, but I was dismayed.  With everything I knew ー in spite of all of the tools and resources I had at my disposal ー nothing worked. Even if I felt better for a little while, soon enough, something would happen that would set me back. Nothing worked until I learned about positive psychology.

I then learned about a group of psychologists that were interested in the 20 percent. They wondered what made this group so resilient, so dynamic, and so hopeful? What kept them from sliding back into depression and getting caught in the trap? There is now some research suggesting that if you’ve already relapsed three times, your chances of another relapse are 100 percent. So what is it that these 20% were doing that kept them out of the jaws of depression? Was it genetics, or just by chance? Were they naturally resilient, or had they discovered the secret to truly overcoming it? Most importantly: Could we learn from them what to do and what not to do? As it turns out, they did know something psychologists weren’t thinking about: that not being depressed isn’t the same as being happy.

In the preamble to their constitution, the World Health Organization identifies this core principle: “Health is a state of complete physical, mental, and social well-being, and not merely the absence of disease or infirmity.”

This idea ー that the absence of disease or infirmity is not the true, only, or full criteria for health ー has been the foundational shift in positive psychology over the last twenty years. The science has moved from looking at what's wrong to focusing on what's strong. By focusing on the 20% we learn how the strong not only survive, but thrive.

This new approach helps empower people to make changes by assisting them to experience more positive emotions, while they learn to reduce the negative ones at the same time. Increasing well-being through positivity might seem like an ineffective way of reducing negativity, yet studies repeatedly show that it may be the most effective method worldwide. Focusing on increasing our positive emotions while using our strengths is emerging as the most successful and efficient tool to reduce our experience of stress, worry, and anxiety. This is a radically different approach to well-being than those where symptom reduction is only half the job, and specific interventions to improve positivity are the other half. We have learned that decreasing negativity without increasing positivity is a losing battle.

We know this because negative and positive thoughts are typically unbalanced when under stress and worry. Imagine those negative thoughts are like pebbles, and positive thoughts are like feathers. We have survived as a species because we've learned how to worry—so there is something scientists call a negativity bias. We are drawn to fear about what might hurt us in some way. Over time, we have emphasized worry, and positive emotions have become little more than mere frivolities. We don't linger on them. Typically, we go back to worrying about the next thing on our list. The question is: Can the feathers ever balance out the scale? Can they tip it in the direction of positivity? The short answer is yes—but initially, you'll need a lot of feathers.

Medicine and traditional therapy approaches knocked the negative thoughts off the seesaw and kept the pebbles from piling on一but they do nothing to add to the feathers. We might indeed come back into balance for a while, but if we don't add feathers to the other side ー if we do not add positive emotions into the equation by using our strengths ー even a grain of sand will send the balance in the other direction of anxiety. We relapse because there isn't anything positive being added to the feather's side.

This is to say that positive psychology can offer the other half of the equation. Designed to work with medical and traditional therapeutic approaches, adding positivity into our life is an opportunity to add the findings of positive psychology to the toolbox—not to try and replace it.

When a pebble gets tossed on our scale, it is essential to become more empowered to remove it—and learn how to add more positivity. This approach is very dynamic because with it, you keep the pebbles from accumulating while looking for and learning how to gather more feathers. Once you know how to balance the scale by removing negative thoughts, you keep them at bay by adding more positivity. In other words, this approach teaches you how to hope. That was the secret behind the 20 percent that didn’t relapse: they were continually adding positive emotions and experiences to their life to counterbalance the negativity. By learning to regularly remove the thoughts, feelings, behaviors, and beliefs that were getting them depressed, and adding those that would increase positivity, they had learned how to remain hopeful.

As it turns out, people who are more hopeful see the world in a different way. In studying what makes people have high hope or low hope, I’ve found that the high hope people make seven decisions about how they are going to perceive the world.

Higher hope decisions are teachable. With learned hopefulness, you can sustainably have less anxiety and depression, greater resilience, less negativity, and more joy just like the high hope people. The key is understanding exactly what hope is, and making that realization work for you.

Want to become a high hope person? Join the Learned Hopefulness course today to bring more hope into your life!

Hope is the only positive emotion that requires negativity or uncertainty to be activated.  Without bleakness, the spark for hope isn’t ignited.  We have no need for hope without sorrow. Low hope people fail to realize that the negativity or uncertainty is a call to action—one that can serve to change their perception about a situation. Their perception of the circumstance is fixed, causing them to repeatedly focus on the negative, not challenging themselves, and then isolating.  In contrast, high hope people know that hope is the regulation of perception toward the belief of control of the future. They believe a positive future outcome is possible, combined with a desire for that outcome.  They search out ways to cultivate positive feelings while entertaining possibilities. They cherish relationships, and will seek support in achieving their goals.  High hope people stand ready for the challenges of life, and the payoff comes from research that shows they will live a longer, healthier, and happier life.

If you want to begin living more like high hope people, start by picking one of the seven decisions that you’d like to work on, then challenge yourself to look for the possibilities within these situations that you once thought of as fixed and unchangeable. Ask yourself questions that help you find and focus on what can happen, rather than what can’t. If you don’t challenge yourself with a goal to strive for, you might want to set one and work toward it this week.  If you are prone to looking at the negative, take a week to focus on finding the beauty around you, then acknowledge it. It may seem like a small thing to do to flip your mood, but it works, and it is something you’ll get better at. I know because it worked for me, and the science behind it says it will work for you. 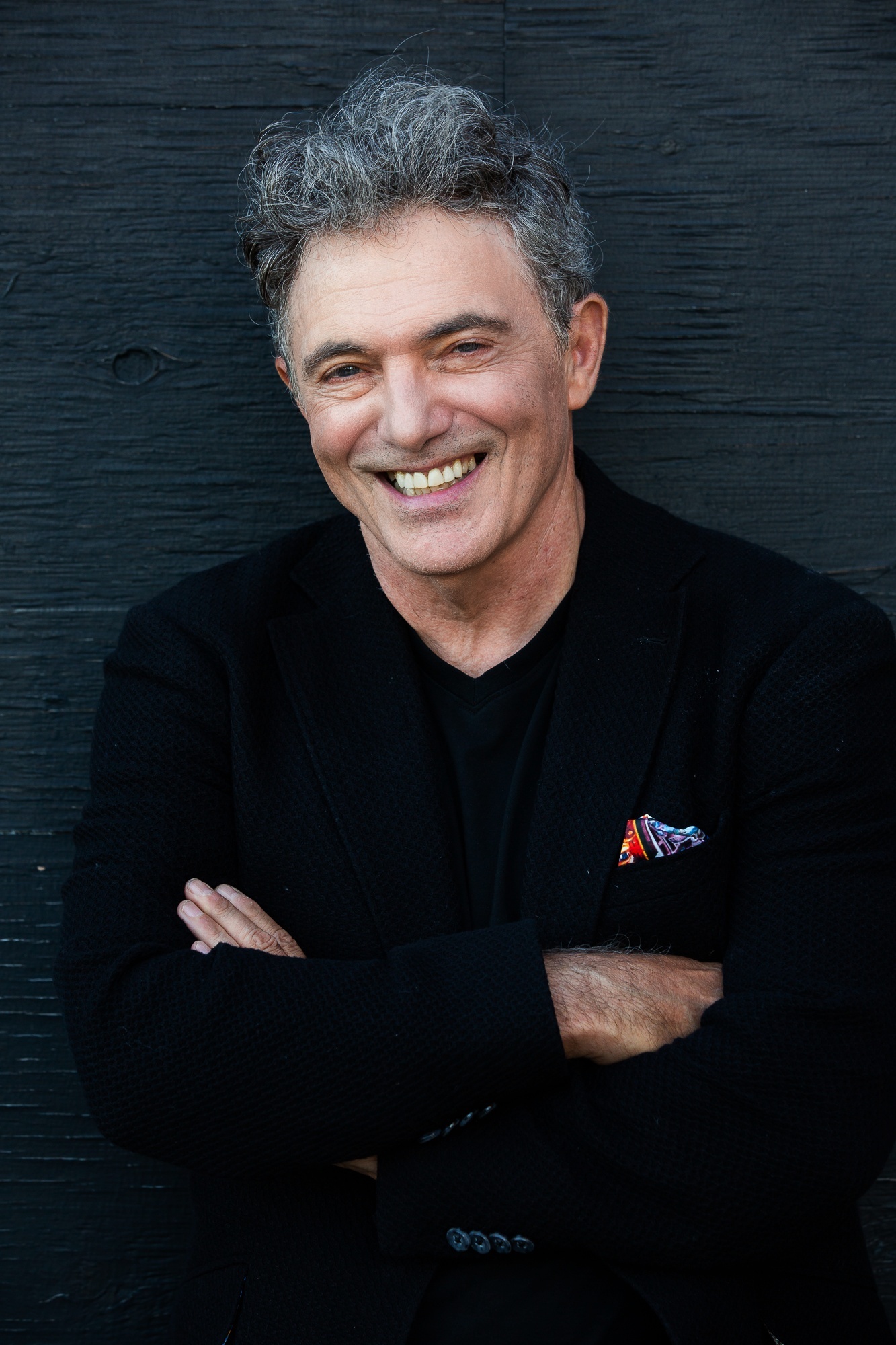 Dr. Dan Tomasulo is an American psychologist, writer, and professor, and the Academic Director and core faculty at the Spirituality Mind Body Institute, Teachers College, Columbia University, New York. He is the author of Learned Hopefulness: The Power of Positivity to Overcome Depression. Dan’s passion is positive psychology and the science of happiness, helping people focus on their strengths and cultivating their best selves so they can lead meaningful and fulfilling lives.

All of the content on our website is thoroughly researched to ensure that the information shared is evidence-based. For more information, please visit the academic journals and other resources that influenced this article: Risk For Recurrence In Depression; A Meta-Analysis Of Relapse Rates In Cognitive-Behavioral Therapy For Anxiety Disorders; Positive Psychology In The Middle East/North Africa; Learned Hopefulness: The Power Of Positivity To Overcome Depression;  What We Talk About When We Talk About Hope: A Prototype Analysis; Role Of Happiness In Health Of Elderly.