Across the world, there are more than two billion people following the Abrahamic religion of Islam. It’s the second-largest religion in the world, and accounts for almost 25% of the global population. The majority of Muslim-dominated countries are found in Africa, the Middle East, and Southeast Asia, while the three countries with the largest number of Muslims in the world are Indonesia, Pakistan, and India, respectively.

One of the most well-known and significant aspects of Islam is Ramadan. Also known as The Holy Month, Ramadan ー also known as Ramzan, Ramazan, or Ramathan in some countries ー is the ninth month of the Islamic calendar, during which Muslims across the world observe the occasion by honoring the Five Pillars of Islam through fasting, prayer, reflection, and community between the moon cycle, from one crescent moon to the next.

Whether or not you follow Islam or observe it, there are a number of psychological and other health benefits that can be learned from Ramadan even for non-Muslims. Some studies have found that certain actions, habits, and behavior typically associated with Ramadan have effectively helped to diminish stress, anxiety, and depression in a number of people. Read on to find out how some of these lessons ー regardless of what religious or belief system you may or may not follow ー might be able to help you.

Fasting Can Boost Your Willpower and Mental Strength

During Ramadan, observing Muslims past the age of puberty typically fast from sunrise to sundown. Known as “sawm”, this fast does not only involve abstaining from food and drink一it includes prohibiting oneself from sexual acts or intercourse, smoking, violence, and profane language, while also being mindful of other acts considered to be sins. The objective is to remind oneself of what the less fortunate may experience on a regular basis, and use this as a means of fostering greater compassion and understanding for the needy, as well as heightening one’s gratitude for what they have一and bringing people closer to their faith.

Whether it’s done in the way that it is for Ramadan, or another way (such as intermittent fasting ー through which people will hold off on consuming food for a set period of time be that a 12, 16, 18, or 20-hour window each day, or for a certain number of days throughout each week ー or even Lent, wherein Catholic Christians fast and abstain from certain foods, drinks, and other practices for 40 days in the lead-up to Easter, for example), studies have found that there are various psychological benefits to fasting in general.

One of the more obvious ones is the way that it can teach you how to have more willpower. After all, it takes mental strength to be able to restrain yourself from not just eating or drinking for a set period of time, but also resisting the temptation to indulge in any other form of short-term satisfactory behavior for the sake of instant gratification. In fact, research shows that the ability to wilfully experience delayed gratification is a key trait in successful people.

Sure, it isn’t always easy, but being able to control and manage your desire for temporary comforts for the sake of gaining bigger-picture goals (when they require it) can lead to a more significant sense of accomplishment, a greater propensity for self-control and self-discipline (which are traits that boasts a whole host of benefits themselves), more self-esteem and confidence, higher emotional intelligence, and a greater sense of overall satisfaction and well-being.

Fasting Can Help Clear Your Mind

Aside from the behavioral benefits it can beget us, fasting can also help us focus better. Some studies have found that it can boost brain performance and decrease our risk of neurodegenerative diseases. How, you may wonder? Well, the gut-brain connection is a complex thing, but they do call the stomach our “second brain” for a reason: The food we eat, and the way we digest and process those nutrients, can have an effect on everything from our hormones to the way the brain communicates with the rest of the body. It makes sense, then, that giving our digestive systems a little more breathing room through which to use every bit of nourishment as efficiently as possible can help to keep the system running more cleanly and smoothly, so to speak.

But the science goes beyond that: we’re also hard-wired to be a little more focused when our sustenance may have limitations. When humans are in a food-deprived or food-limited state, our primal and survival instincts are on alert, so that we’re ready to source and acquire food when we get the chance again. On a biological level, when the body goes into fasting mode, it also begins to burn different sources of energy in the body: this is the science behind how the ketogenic diet works for instance, wherein the body shifts from burning our glucose stores for energy to using our ketones instead.

All of these processes operate as a series of constantly moving parts, but studies have found that when fasting for a reasonable period of time, the body can generate new brain cells, slow the effects of aging, and gain a slew of other cognitive benefits. However, it is important to note that if you’re choosing to begin a fasting programme ー especially if you’re new to it and unfamiliar with the ins-and-outs of the process ー it’s wise to consult a nutrition, dietary, or healthcare professional first, to ensure that you do so safely. 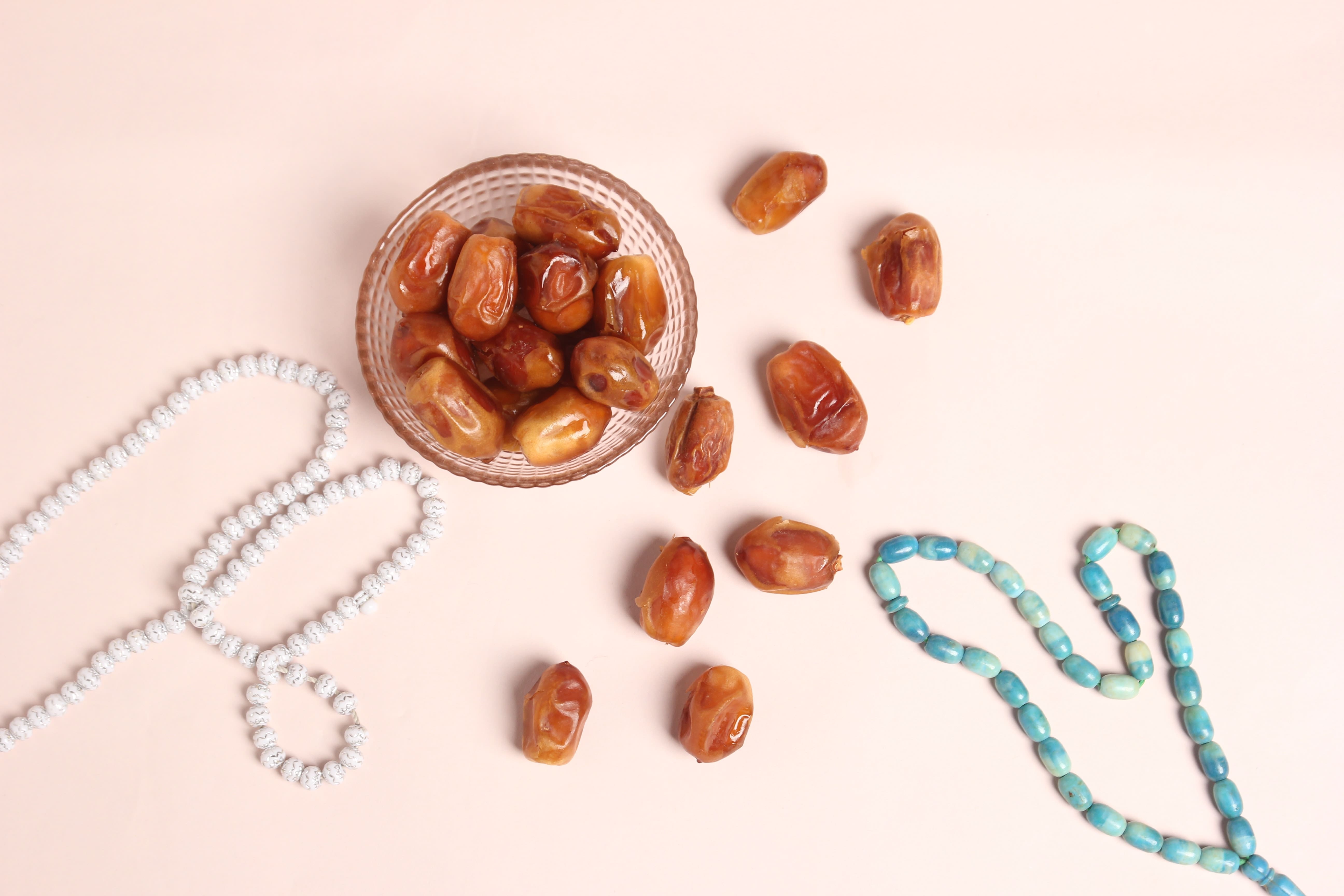 During Ramadan, life tends to slow down for those observing. This is because it is also meant to be a time for increased reflection ー both self-reflection, and appreciation for the things around someone: that which keeps them grounded and humble. In many ways, this involves taking time to be fully in the present, and living more mindfully overall. Not only does this allow for the spiritual growth and development that many observers seek during the period of Ramadan, but it also offers people a chance to gain the various benefits of practicing mindfulness, which includes less stress, more self-awareness, and less anxiety.

A Greater Focus on Charity Can Increase Our Compassion and Empathy

A key part of Ramadan is the charitable aspect, which is known as “Zakat”. Zakat is actually to be observed throughout the year and not just during Ramadan ー it’s one of the pillars of Islam. It involves the giving of some of one’s wealth ー quite often, a fixed portion that should be accounted for throughout the year. While it does usually involve financial contributions to those in need of a helping hand, it usually stretches beyond the monetary to other acts of kindness and generosity, from sharing meals with others to other charitable acts.

And while all of this charity should be done selflessly, there is still a benefit for the person doling it out, since to put it simply, giving to others can be good for you too. When done authentically, charitable acts can increase your sense of satisfaction and self-esteem, lower your blood pressure, decrease your risk of depression, experience more pleasure, and boost your mood, according to various studies. However, it is important for these acts to be genuine: participating in acts of altruism for disingenuous reasons, or simply due to peer pressure, won’t have quite the same effect. It’s all about the intention and motivation.

A Heightened Sense of Community Can Increase Our Success

Humans are, by nature, social creatures. Since the beginning of time, people have thrived when living within a community, and being part of a good one can help to improve our mental and emotional well-being. Science has shown that it can give us a greater sense of belonging, acceptance, and accountability; teach us more tolerance and diversity; and offer us safety and support; all of which can be a recipe for a more meaningful, successful, and purpose-driven life. Plus when other people are more thoughtful towards us, we’re more inclined to pass it on by being kind to others too, thereby helping to create a positive cycle for a better, happier society.

While Ramadan typically lasts for around a month, and it can be great to incorporate such habits for this amount of time since it can help them stick, it’s important to remember that these practices don’t need to only be followed during that specific occasion一or indeed, only by Muslims. The benefits that can be gained from these general healthy habits and mindsets can be enjoyed by anyone, in a secular fashion, anytime during the year, to create a life with more focus, discipline, self-awareness, empathy, and compassion.

All of the content on our website is thoroughly researched to ensure that the information shared is evidence-based. For more information, please visit the academic journals and other resources that influenced this article: Effect Of Ramadan Fasting On Emotional Reactions In Nurses; The Investigation Of The Effects Of Ramadan Fasting On The Mood State Of Healthy Volunteer Persons; From Religion To Secularism: The Benefits Of Fasting; The Science Of Generosity; Altruism, Helping, And Volunteering: Pathways To Well-Being In Late Life; The Importance Of Community And Mental Health.